WHAT YOU MUST KNOW ABOUT THE NEW   IPHONE SE
Apple has finally launched iPhone SE with a 4-inch screen and powerful A9 processor and M9 motion co processor. The company has listened to the demands of the users who wanted a small form factor iPhone that feels good to hold in hands. The phone comes in 16GB and 64GB variants with its price starting from $399.

At its Spring 2016 event, Apple has officially introduced the much-awaited iPhone SE. The spoilers that leaked ahead of the event, as it turns out, were pretty accurate.
This 4-inch phone borrows its looks from the familiar iPhone 5S and feels good to hold in hands just like the older models. iPhone SE comes with no camera protruding and has a matter chamfered curvature on edges. The phone comes in silver, gold, space grey and rose gold.

Apple iPhone SE is the most powerful 4-inch phone:
If we talk about the internal specs of the new member of iFamily, it looks pretty solid. Its A9 processor and M9 motion co processor make it 2X faster than the iPhone 5S. It also comes with an NFC chip for Apple Pay. The phone also comes with my favorite always-on “Hey Siri” functionality. 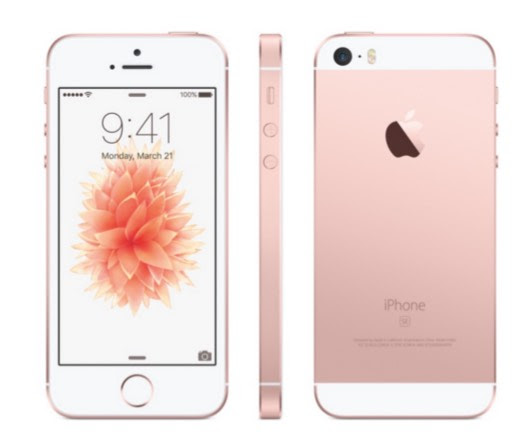 The phone’s camera has seen an upgrade with a 12-megapixel iSight sensor, Retina flash and 4K video capture. Just like flagship models iPhone 6s and 6s Plus, you get the ability to capture Live Photos.

Another key thing to remember, Apple has also included its latest cellular and Wi-Fi technology in iPhone SE. As a result, the company claims that it can reach LTE speeds that are 50 percent faster than its predecessors.
While SE brandishes Apple’s trademark Touch ID, it lacks the 3D touch technology that allows deeper interactions with the screen.
Starting from $399, iPhone SE comes with 16GB internal storage. The higher end model costs $499 for 64GB storage. The phone will be available for pre-order on March 24 and will hit Apple Stores on March 31. All things considered, Apple iPhone SE looks like a promising device
Posted by Unknown at 13:42