The Best Pokemon Go Cheat Ever iPhone Users Can Have

Pokemon Go, the popular augmented reality mobile game, has become a rage from the time it was launched on July 6, 2016. The free game allows people to catch, train and battle their Pokemon ‘in the real world’ by walking outdoors and interacting with other users. Players can also pick up supplies at real-world landmarks that serve as ‘PokeStops’ in the game. However, finding Pokemon can be a wearisome job, as it requires lots of walking to catch them all.
The internet has been flooded with cheats, tips and tricks to make the job of discovering and hunting of rare Pokemon easier while sitting on your couch. However, that is certainly not how the game is meant to be played.
We have got just the perfect cheat for you that lets you use the official Pokemon Go app to play the game just like everyone else. In this, you will be able to walk your character around independently of your actual location and you control him or her with a joystick. However, note that cheating can get you banned, and in most of the cases, this is what happens. Android users have tried faking their locations, and they got soft banned (no Pokemon show up on their maps), and there’s no doubt that Niantic would do the same thing on iPhone if it discovers anything suspicious for some players.
The next caution is even more important. In order to make use of this cheat, you will need to jailbreak your iPhone. While jailbreaking an iPhone can be done now without having to connect to a computer, not everyone is comfortable in doing it though. If that’s the case, then this hack isn’t for you.
Check out the video below for full instructions for installing the hack. Once installed, you will be prompted with some on-screen buttons in Pokemon Go that allow you to move the character around on the map, as you would typically walk on the street with your smartphone in hand.
This way, Pokemon Go is fooled into believing that you are the one moving and hunting Pokemon, as the cheat is also faking the location as you move around. In order to reproduce the typical moves that a human being would do when walking, there are numerous controls, and you can even boost your moves. There are a lot of other features baked in, such as the ability to track rare Pokemon even before they appear.
Posted by Unknown at 08:14 No comments:

Today, almost all tech gadgets are built with coding. Every app, game or site that you use is programmed in a particular computer language. With the world of technology expanding more than ever before, different kind of jobs, skills and programming languages are on the rise too. With new languages being written, frameworks being created, some riding the ladder of popularity while others failing, the world of programming is full of action.
Now, the Institute of Electrical and Electronics Engineers (IEEE) has collected data from ten sources that ranked programming languages based on several criterias’ to give one of the broadest rankings for programming languages till date.
The top 10 most popular programming languages today, according to its findings, are C, Java, Python, C++, R, C#, PHP, JavaScript, Ruby, and Go.
IEEE comprised of data from Google searches, Hacker News, GitHub active repos, Twitter, GitHub trends, Reddit, Career Builder, Stack Overflow questions, IEEE Xplore, new GitHub projects, views on existing Stack Overflow questions, and Dice.
However, it did not include data from a recent 11,000-strong Packt Publishing survey, which ranked Python, JavaScript, and Java as the most popular programming languages.
The ranking list of IEEE is full of surprises, in which the most notable thing is where JavaScript is very lowly placed. Further, what is more surprising that the programming language ‘R’ features among the top 5, which is very hard to believe for a niche language that is used only in big data and statistical applications, and comes only across in the enterprise sectors.
To top them all, is the fact that C is featuring as the top programming language in the ranking list of IEEE. The last two years has seen Java dominate the ranking, which is also consistent with the TIOBE index.
Apple’s new Swift language was closely beaten by Google’s new programming language Go for the last position in the top ten.
All the IEEE data is available online as an interactive infographic. For comparison sake, access to past rankings have been provided as well.

FREE TOOLS TO HELP YOU CREATE Professional intros , Animations , Slide   shows and  Music  visualisations in minutes
RENDER FOREST.COM
Render forest is an online video maker equipped with free tools to help you create Advanced professional Intros  ,animation, slideshows visualization in minutes the best thing about this site is the user friendly user interface
Which gives you a clear picture of the wonder full services of this website it is equipped with free guides and walk
Through to help you create a wonderful video in just minutes there’s no need for advanced knowledge of computer usage
The templates are designed with guides to make things simple for you.

it helps you to create broadcast quality logo animations or introduction videos in minutes. Use our tools to make you tube or vimeo clips with music, video openers and Intros for personal and business use. Simply upload your audio files to produce a dynamic equalizer video that reacts to your track. These templates will turn your music into a broadcast quality video that is both engaging and professional.
Its video makers help you to create amazing video for your website to help you boost website traffic
The templates can be used to reveal logs for your company Log at ceremony’s to help people get
A good impression of your company

There are many templates to choose to help you create a memorable vide of you of your family and friends events
One of my favorite Feature is the various video formats on this site from 360p .720 and my personal best 1080 i
Recommend it because it will blow ever one a way who sees your video its very power full. 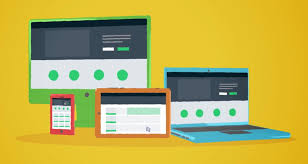 The services fully support all platforms just to make it easy for people to create power full and excellent content for there needs regardless of the devices in use making it even more user friendly
That’s why I think this is the best site to create wonderful content without need for using any software on your pc
Just head down to this site via https://renderforest.com

Email ThisBlogThis!Share to TwitterShare to FacebookShare to Pinterest
At its Google I/O conference in May, Google unveiled the latest iteration of its mobile operating system i.e. Android N.Today, finally, Android N has got an official name i.e. Android Nougat. Google announced this news on its Twitter and Snapchat accounts.

Ever since its announcement, Google has been dropping hints. While most people were rooting for names like Android Nutella, Google was using Android New York Cheesecake as an internal codename for the mobile operating system.

Before releasing the final name, earlier in the day, the tech giant showed off different statues showing various sweet-flavored Android names.
However, Google didn’t reveal if Nougat was the most voted/suggested–I doubt that–Android name