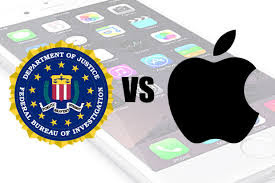 APPLE WINS THE COURT BATTLE AGAINST FBI
Apple has marked a remarkable victory against FBI in a Drug Dealer case. Well, this case might not be as higher-profile warrant case as San Bernardino, but still it is something which Apple can rejoice for. In a 50-page ruling, Magistrate Judge Orenstein at New york court found that the All Writs Act did not justify the government’s request, and denied the government’s request to legally compel Apple’s help to FBI.
This ruling might not help or put any effect on the San Bernardino case, but the verdict will surely work as a major confidence booster for Apple in the San Bernardino case which is being fought out in the California District Court.
Another advantage of winning the New York case for Apple would be that, even if Apple loses the California case, the verdict of New York case might help Apple in pushing another appeal for the San Bernardino case.
Nonetheless, the center question would still be same — Can the All Writs Act compel Apple’s help in breaking a locked phone?
While FBI is trying to seek the legal help against the inherent dangers in the San Bernardino case, Apple has replied with a brief detailing more than a dozen such cases, indicating the broad scope of the FBI’s efforts.
There might be a number of differences between the New York and California cases, although it’s unclear how legally significant they will be. The biggest difference is the central offense: The New York case is prosecuting a drug dealer while the California case focuses on a terrorism-linked office shooting in a health clinic.
What’s your take on this? Is Apple going to win the San Bernardino case?
your comments will be appreciated
Posted by Unknown at 11:50